I’m Hellcat5. First let me make you a promise.

Hellcat5.com exists to be a complete information source for whatever game you want to know about.  Send me your gaming research requests through the contact form.   I’ll do my best to make sure you have all the info you’ll need in the resource links toward the bottom of each review. Hellcat5.com provides links you can trust to be safe and free from connections to malware or other computer security related issues.

Katmandu – a group of people who enjoy helping others to learn to play games without the hassle. We work together. No trolls, no asshatery, just fun without being at the disadvantage of someone else. We work against racism / sexism / religious-ism in gaming and against RMT profiteering. If you’ve grown bored of the internet trolls, and people trying to get you to pay real money for gear in games just because you were unlucky, didn’t get the drop, etc., then consider joining. on Steam | on Facebook

Catastrophe – picture this. you’re searching the internet for information on how to collect the all the outfits and paint jobs for Dying Light. you find one wiki site on the first page of results that made you think, “Oh hey, this looks like an official wiki. It should have all the info I need.” You move on because it doesn’t have ALL the paint job locations, or ALL the outfit locations. You find another site that looks promising, but when you open the page, it brings up advertisements that tell you to update your google chrome or other browser. You fall for it, thinking you need to upgrade. It’s been a while since you did that right? Sites can detect if you’re using an older version right?

After “updating” your browser, now you’re seeing some different search engine, or seeing some new tool bar showing up in the browser. Then, later, your browser gets hijacked or you get phished because you unknowingly installed malware from an advertisement. Not fun to undo that. Catastrophe provides safe links to the tools and references you need for your game.

You can find the games I’ve written about in the games menu drop-down from the main menu above, or by using one of the search features of the site, or from the categories below.  If you think we’ve missed some good resource links, send them to us and we’ll include them after reviewing!

Created by: riotgames.comGame Site: leagueoflegends.comESRB Rating: T for teenSupport: support.riotgames.com Hellcat5 Connect: hellcat5#NA1 [WORK IN PROGRESS] I started playing league of legends back in 2009 when they released it, on October 27th, 2009.  I introduced it to my son shortly after and we played together for years.  He drifted into playing other games.  League got …

END_OF_DOCUMENT_TOKEN_TO_BE_REPLACED

A short while ago a friend of mine posted to me this article about two new Steam security holes found by outside sources that participated in Steam’s bounty program: https://www.zdnet.com/article/researcher-publishes-second-steam-zero-day-after-getting-banned-on-valves-bug-bounty-program/?ftag=TRE-03-10aaa6b&bhid=27769547626970209573932858879932 Here’s a link to the Russian article: https://amonitoring.ru/article/steamclient-0day/ Twitter post from Matt Nelson:

https://www.c-span.org/video/?457171-1/us-senate-blocks-competing-bills-open-government&start=9398 I’ll put it flatly, and with color. Fuck that wall. Fuck Nazis. Fuck White Power. Fuck Racism. Fuck anyone who’s stupid enough, or racist enough, or selfish enough, to support that bullshit. Keep that shit shutdown until the government is ran again by somewhat sensible people, trying to do sensible things to protect the …

END_OF_DOCUMENT_TOKEN_TO_BE_REPLACED

I’m a long time gamer. I started gaming with my father on an original atari system on an old CRT Tv. We played a game called Asteroids. Gamers from that era might recall what I’m talking about, or those interested in the nostalgia.

The name Hellcat5 came from me sending in a registration card for a game produced in the 90s called Wing Commander.  In the box the disks came in, was a paper registration card.  The card had the standard questions about address etc.  Also it had, “do you have any ideas or suggestions you want to share with us?” or something like that.  I wrote in, “name a ship the hellcat mark v.”  In Wing Commander 3, it happened.  Here’s Chris Roberts’ comments about it:

I love gaming, and I always will. I started a group called 1618 Studios with Jim Lawrence to move into making games directly because I love programming, I love games, and generally creativity. While that en devour hasn’t produced anything tangible yet, the idea for 1618 Studios remains in tact, and will continue at least for as long as I’m alive.

I’ve suffered from extreme depression and was diagnosed with major depressive disorder. I’ve had two experiences with a stroke type called a cerebral infarction, so I’m lucky (or blessed) to be able to communicate as I can. I mostly use text communication because most of the time if I try to speak I can’t get past the first syllable of the first word I try to say.

I used to be in shape. I weighted 180 lbs and I could bench 360 lbs. I used to write music and lyrics. I used to sing and play guitar. I used to be a computer programmer. (that’s me before my strokes on the left)

After the strokes I started having experiences where sound and light would overload me. It’s very hard to explain, but I kept trying to explain it, and one nurse told me that it’s similar to autistic sensory overload; that the symptoms are very similar. I’ve yet to find someone to diagnose it. But, this overloading interrupts me in almost all I try to do.

I’ll think of something to do, and on my way to do it, my mind blanks. This makes it very hard for me to write, but I love doing it so I try to clear all noises and lights out of my room so I can have a little focus. Sometimes I sit here for hours staring at the screen. Oddly, I’ve not been able to smell anything since my strokes either. But, I can still feel the burn from inhaling certain chemicals like bleach.

Since my strokes I’ve also had a very hard time sleeping. I need to have a fan running or some other alpha wave type sound like rain. Trying to sleep or sit in a room without those kinds of sounds hurts my head. Without them I hear this high pitched ringing sound that won’t stop, and just gets louder and louder. I’ve not found anyone to diagnose that either.

My left side is weaker than my right since my strokes. That makes it hard to exercise because my right has to carry the motions the left wont. My brain tries to tell my left, do this, but many times I get movements that aren’t what I want. Sometimes I write words completely backwards perfectly. Imagine walking, and then the brain tells your left leg to do it backwards. So, I use a cane when I do walk.

I’ve gained weight. Part of this is because food has been at times my only comfort. Because of overeating I have now have type 2 diabetes, but I usually manage to keep my blood sugar between 100 and 140. I eat a lot of salads because I love how refreshed I feel after eating them. Also caused by weight, I have an enlarged heart. The heart doctor said it’s due to thickened walls. That’s a much better alternative than thin walls with an enlargement. To add to it, I have an umbilical hernia right now, so I’m constantly making sure I don’t have any of the danger signs from that, like nausea. It happened when I pressed on what felt like a hard spot above my belly button, which caused the umbilical wall to rupture.

So, with whatever time I have left, I’m going to invest my energy into doing what I love, and supporting the things I’m passionate about. I’m certainly not afraid of the fire.

Now, I’m going to tell you what this site is about. I searched the internet for information on how to collect the all the outfits and paint jobs for a game called Dying Light.  I found one wiki site, and thought, “Oh hey, this looks like an official wiki.  It should have all the info I need.”  After reading over the wiki, I quickly found it didn’t show me ALL the paint job or outfit locations.

I want to give recognition to the people here at the nursing home who do their job well. So, I’ve decided to start a monthly “Who’s the Best” recognition section here in my about me page to let them know I appreciate their hard work and their response speed. To those who aren’t currently on my list, I appreciate that you’re working in a field that has many challenges. 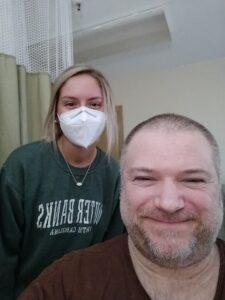 The newest addition to my list of great workers here.  She comes around without being called to check in on us to see how we’re doing, or if we need something.  It’s a nice touch that I wish others would follow.  (shown above)

This next guy does both nursing and fills in as a nurse aid when they need him. He’s super nice, and always quick to respond. I had to add him here to let him know we (I’m sure other people share my sentiment) appreciate his service. There’s no doubt in my mind that he cares about the people he serves. Thank you! (shown above) 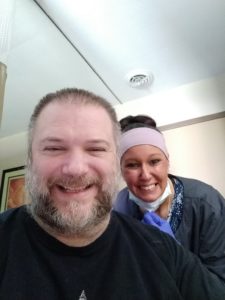 This nurse is beyond friendly.  Always smiling always upbeat.  Always fast to take care of any needs you might have. (shown above) 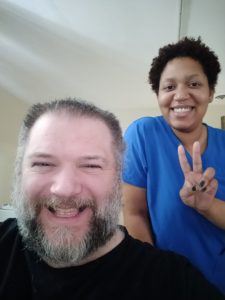 Totally awesome nurse.  I can’t really say more than that. 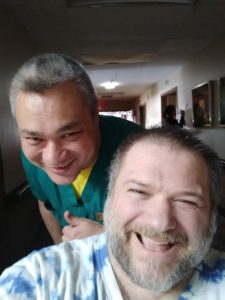 I created this site to be a safe and complete information source for whichever game you want to know about. Hellcat5.com provides links you can trust to be safe and free from connections to malware or other computer security related issues.

Send me a message about the game you’d like me to research and add to hellcat5.com.

Get in touch and I’ll get back to you as soon as I can.  I look forward to hearing from you!